These 15mm and 22mm thermostatic mixing valves are designed primarily for single outlet use. They deliver safe, blended hot water to taps, showers, bidets and other water outlets making them ideal for use in hospitals, schools and leisure centres. The element that controls the temperature of the mixed water discharging from the valve works proportionally on both hot and cold water supplies in order to maintain the temperature of the mixed water discharged.

† TMV3 approval codes for all these applications. Not our Product Codes. 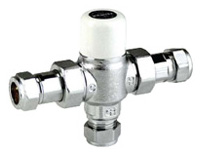 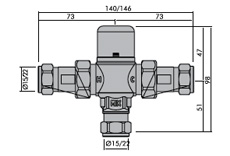 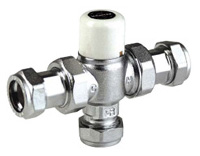 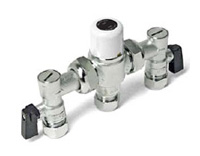 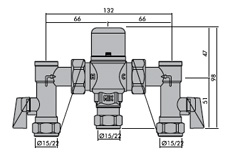 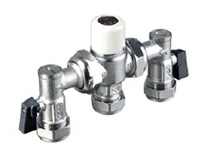 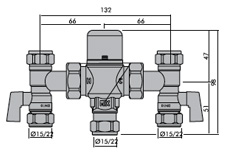 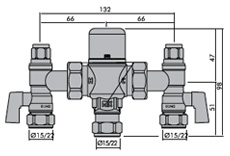 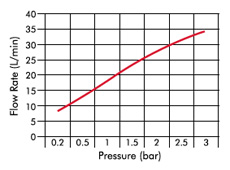